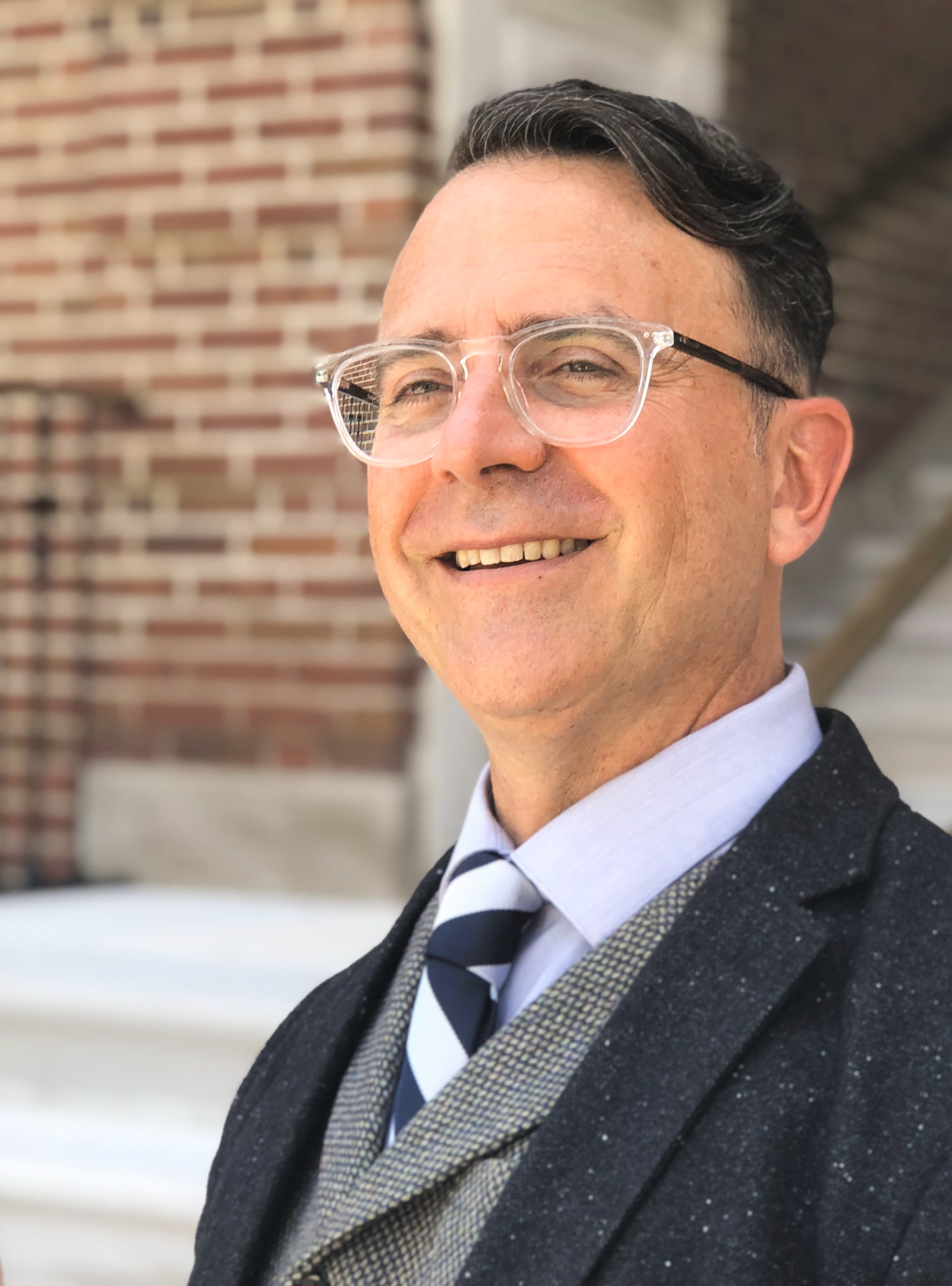 After earning degrees at the University of Cincinnati’s DAAP (Architecture) and Brown University (English Literary Arts), Mr. Rose worked as an arts and literature journalist and editor for over a decade with publications in periodicals such as The Wall Street Journal, New York Newsday, The Dallas Morning News, Rochester Democrat & Chronicle, Sacred Architecture, National Catholic Register and The Catholic World Report.
‍


Although he is considered a “second career” educator, he previously taught undergraduate writing courses at Brown University, where he was a Teaching Fellow, and later received a Masters of Education from Xavier University and the post-graduate Certificate of School Management and Leadership from Harvard Business School. As a part of his degree work in education, his research interests included the Great Books curriculum, the Paideia teaching method, and the “effects of emerging digital technology on student reading, writing, and researching.” He has considered himself a lifelong student of the classical liberal arts ever since studying abroad at Aristotle University in Thessaloniki, Greece, where he learned to pursue the good, the true, and the beautiful.
‍

Mr. Rose has taught a variety of courses including AP English Literature & Composition, Classical Rhetoric, British Literature, American Literature, and Logic at several schools including The Summit Country Day School and Moeller High School here in Cincinnati. In addition to teaching, Mr. Rose has served schools in many other capacities and administrative roles including as board member for a Classical school, member of a primary school advisory board, AP coordinator, RESA mentor to new teachers, strategic plan coordinator, curriculum development leader, founder of an annual British Literature summer study-abroad program in London, and as an intern principal at Moeller, where he developed a teacher evaluation program and created an academic integrity program grounded in seven core virtues.
‍

An avid traveler with incurable wanderlust, Mr. Rose has lived, studied, or worked in Malta, England, Greece, and various cities in the United States including New York, San Francisco, Boston, and Baltimore. Perhaps, most importantly, Mr. Rose and his family have lived for more than a decade each on both the East Side and West Side of Cincinnati—as well as for briefer periods uptown and downtown! He and his wife have been married for 27 years and have five children. They happily reside in Oakley.
‍